Find the updated version of this script (MCC-level) at Adsscripts.com

Last week I had the honour to work at some accounts for Groupe PSA. Part of the job was changing the campaign names according to very specific naming conventions for correct tracking in Doubleclick. To make this easy I’ve created a simple, but efficient script to rename AdWords Campaigns in bulk.

Usually the AdWords Editor does the trick. However, since the campaign is used as an identifier to connect a campaign to new info, using the AdWord Editor is not possible. Another option is via Bulk Edits in Doubleclick Search. However, I did not have access to DS so I had create a workaround. 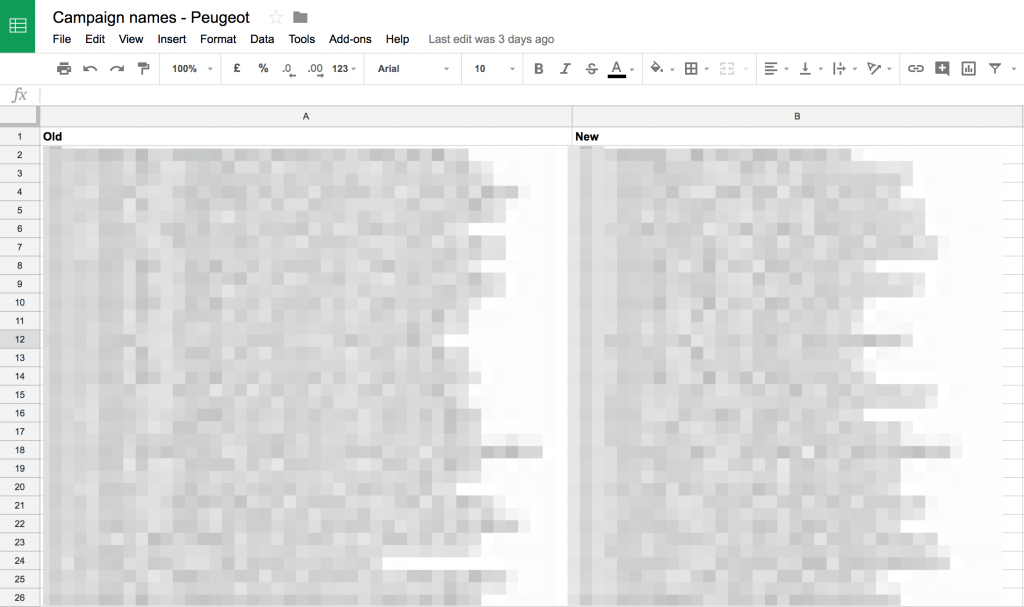 Then install the script and replace the spreadsheet URL in line 14 with the URL of the Google Spreadsheet you’ve created. Save, authorize and preview the script. If all is fine, you can run it. Enjoy!